Pakistan needs both China and the United States

In recent times, relations between Pakistan and the United States have been based on US policy toward China and India, the Afghan war, and US concerns over international terrorism. Due to this, the relations between the two countries have not improved. The Biden administration has also given no indication of the future of the relationship.

Judging by the official statements and reports of think tanks, it is clear that Pakistan hopes for a relationship in which the United States maintains a balance between India and Pakistan and does not interfere in Pak-China relations. However, Pakistan's approach does not indicate what steps Pakistan will take to achieve these conflicting goals and bring about the desired change in US policy. All we are being told is that Pakistan is moving beyond global politics to global trade.

In fact, trade alone will not do anything, especially when Pakistan's status as an economic partner is clear. It is important to look at history here. The close relationship between Pakistan and the United States has historically been based on politics (from 1954 to 1965 and then from 1979 to 1990) or because of the threats to the United States and world peace (2001 to 2011). And this is where the relationship became logical.

The relationship between the two countries is still political, but it is now a source of controversy. But co-operation in areas such as Afghanistan's stability and counter-terrorism is still possible.

The United States believes that if the insurgency continues in Afghanistan, it will lead to the growth of terrorism. This terrorism will not only be a threat to the security of Afghanistan, but it will also fuel terrorism in Pakistan and thus destabilize a nuclear country. Is. On the other hand, India is also threatened by jihadists and this could have an impact on US policy towards China. These sectors are also the cause of conflict of opinion, policy, and interests between the two countries.

The United States does not want a new war in Afghanistan, nor does it want to end the February 2020 agreement altogether. The United States may have lost this war, but it still has the ability to save Afghanistan from instability. However, this work will definitely need the help of Pakistan. But at the moment there is no clear Pakistani policy towards Afghanistan.

There is a consistent lack of trust in US policies. Those who have doubts about the United States as an ally should also look at Pakistan's history.

In the past, the United States has helped Pakistan meet its economic and defense challenges. But things began to get complicated in the 1980s and after 9/11, and General Zia and General Musharraf found it difficult to obtain financial and political support from the United States. He preferred his own interests to Pakistan's interests in relations with the United States. Unfortunately, Pakistan has suffered more than its own misguided policies and measures.

Pakistan's policies will need the support of its own people before anyone else, and if Pakistan now wants to move from politics to trade, it will have to reach a conclusion on strategic and defense issues with the United States, otherwise, these issues will repeatedly fall into the path of economic partnership. Will continue to stand.

Pakistan's importance as an economic partner will not be clear until Afghanistan is stabilized and Pakistan becomes a hub for pipelines and trade to Central Asia. 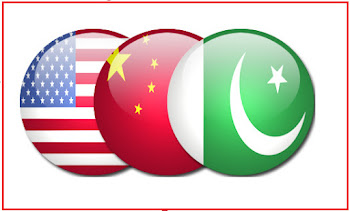 Also Read:Afghanistan could be plunged into Cold War 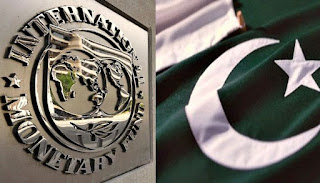